Elsoff, 14.05.2017 – In the Cognitive Village research project, avinotec cooperates with the Lukas church community in Elsoff. After a few tests last weekend the first service was broadcast live and went to the first round. 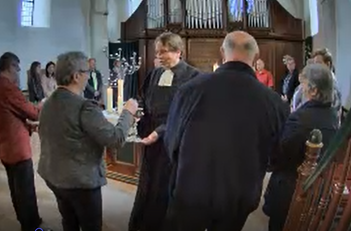 Rev. Peter Liedtke conducted the service in the evangelical church in Elsoff. Once again the service was well attended and attracted many young and older guests.

The stream could be reached via the app provided by avinotec or the browser. The idea behind this live transmission of worship is that disabled people can still pursue worship. In particular, many elderly people can unfortunately no longer actively take part in the worship service due to health reasons. Now the task is to familiarize these people with the technology.

Increasingly, it has been repeatedly stated that many older persons are afraid of the new technology. Especially the fear that you would not understand how to use the technique. However, after you have overcome this hurdle, we have noticed that the offer is accepted with thanks.

The Heinermann Triathlon is making it on mobile – LIVE